How To Teach The Perfect Aerial! 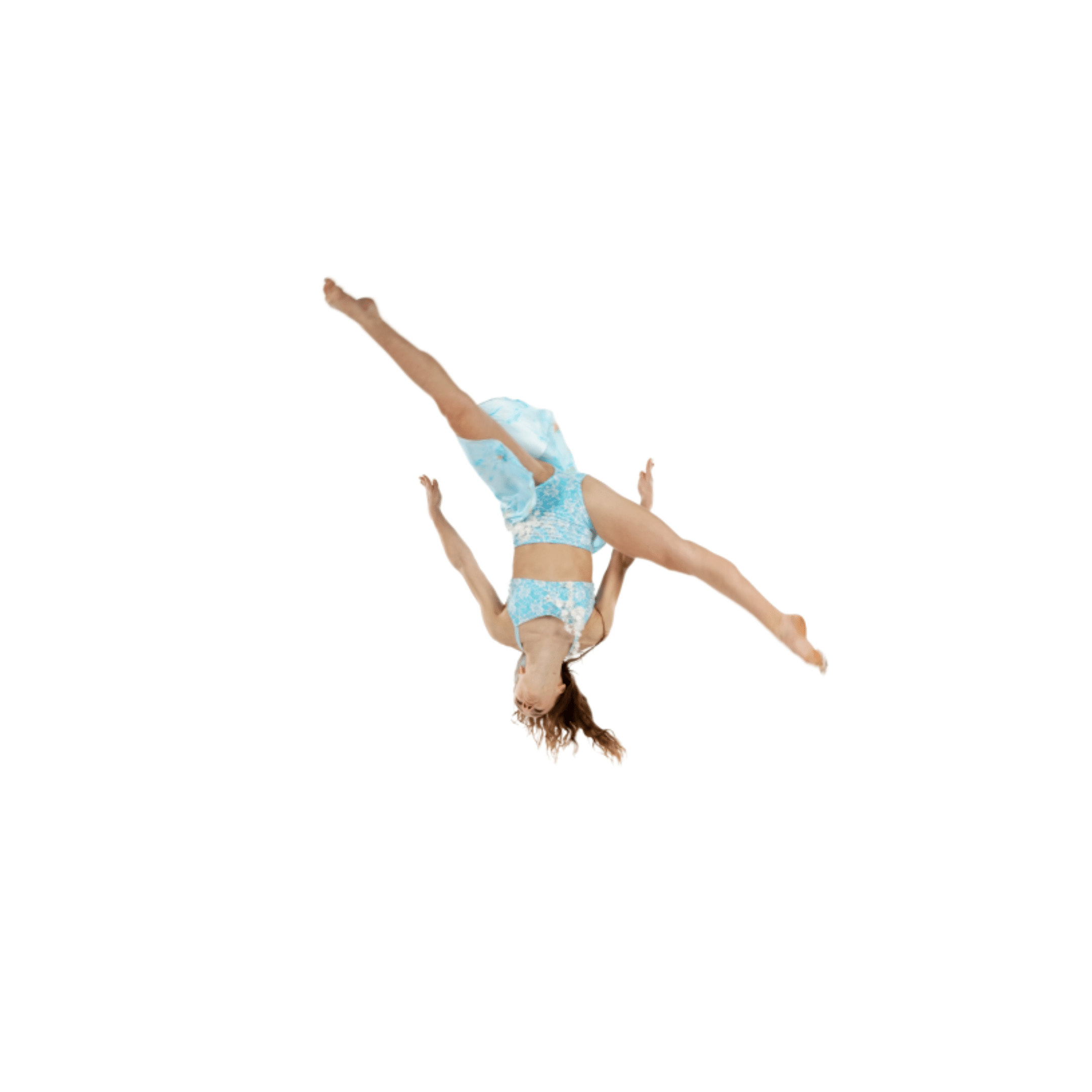 Ask any student: what is the number one trick you want to learn in Acro class? The answer is always the same – an Aerial! The Aerial is one of the most challenging Acro tricks to learn, despite the fact that it is actually NOT one of the most difficult tricks to execute once mastered. Most students require at least one to two years to learn it but, once achieved, it feels very simple and is one of the more versatile tricks to use in choreography.

In accordance with the ADTA method, a Side Aerial is best taught from a step, retiré lunge preparation, with the chest up on the take-off, and a strong drive back with the arms (arms are reaching straight up and vertical in the upside-down position); it ends in a strong square lunge of the first leg (the absorbing leg), with a stretched and strong landing of the second leg (the braking leg), with the upper body finished open to the audience and the arms in Acro 4th Position. (More on this ending position later)!

ADTA Syllabus creator, Melissa Klassen, has analyzed Aerials for over 20 years; she has studied several different methodologies and approaches during her quest to find the best way to teach Aerials (and was personally taught several INCORRECT and INEFFICIENT ways in the process!).

After several different generations of students, and having tried EVERY imaginable method to teach and execute an Aerial, she invented the following 4-step approach to teaching/learning this highly sought-after trick.

If you take the one to two years necessary to perfect the technique in each step, your students will be able to perform stunning, high Aerials that “pop” off of the ground beautifully and SAFELY. This four-step method also greatly reduces the amount of spotting required for each student, and students that take the time to learn this proper Aerial technique will have their Aerials for LIFE.

As a bonus, this four-step method utilizes the same technique that is used to achieve a Front Aerial, making the transition from mastering a Side Aerial to learning a Front Aerial seamless – two tricks for the price of one!

Why You Should NOT Teach Aerials from a Running Preparation:

Students that learn Aerials from a running preparation come to depend on momentum to take off, instead of learning to push from the hip joint. When a student learns how to push out of his or her hip joint, he/she is able to “pop” off the floor easily, enabling him or her to dance into and out of the Aerial flawlessly, without the use of an obvious preparation.

Why Aerials Should Finish in a Strong Lunge:

At the ADTA, we emphasize the need for aerials to finish in strong square lunge of the first leg (the absorbing leg), with a stretched and strong landing of the second leg (the braking leg), with the upper body finished open to the audience and the arms in Acro 4th position. This is to get your students used to a one-footed landing. The second leg is merely a brake, and there should be a brief pause between the landing of the first and second foot on the floor. When students are used to landing on one foot (instead of immediately shifting weight onto the second foot), their second foot is still “free” and available for creative transitions, such as a turn, leg extension, or even another aerial!

Check out this excerpt from the ADTA Intermediate Syllabus book – Aerial Cartwheel from a step:

Learn how to create the Perfect Studio System for your Acro Dance program: 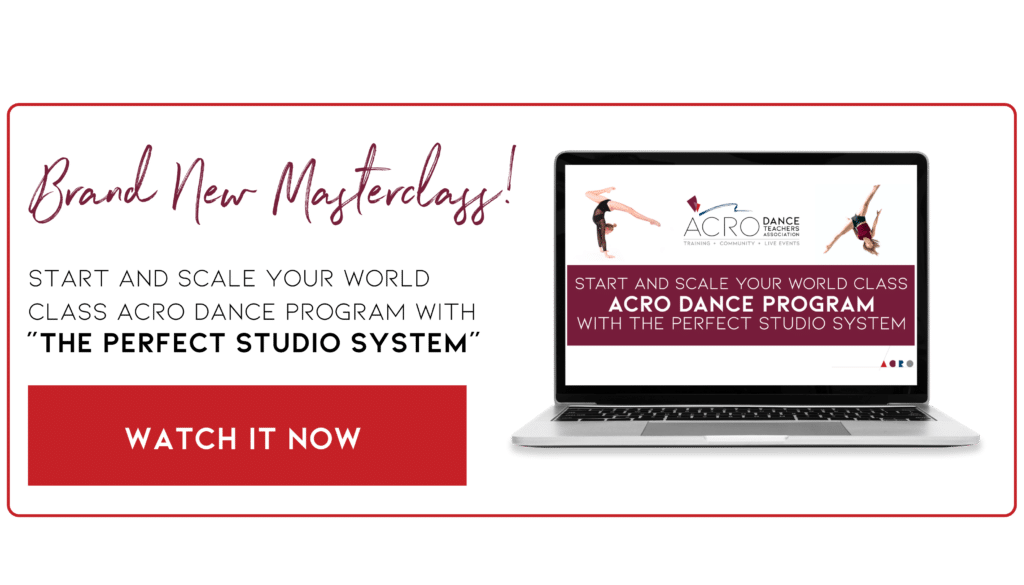